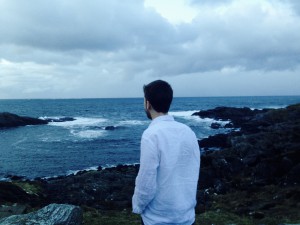 The boy on the picture is just like you in many ways. He did sport, went to school, hung out with friends and fought with his siblings. A typical teenager. He had a home where he lived with his two parents who had good jobs. He was very happy. Of course, homework and school wasn´t always that great, as we all know, but there was not many worries. That was when he was 16, just as old as i am now. Today he is 19, soon 20, and his life has changed dramatically.

One day when he went to school his buddy wanted to arm-wrestle with him, at first the boy didn´t want to, but eventually he gave in. They went to the windows where to table stood in the classroom. This day it was chilling outside, and therefore the mother of the boy made him wear a thick, warm hat. Just like any other teenager he didn´t want to, but today he is very thankful. Suddenly, When the two boys were arm-wrestling, there was a loud noise. A car bomb went off just outside the school. The windows burst, and his friend got a deep cut in his head, but the boy, because of the hat, wasn’t harmed.

Before the war they had two houses, one on the countryside and one in the city, as well as two cars and two shops. But they lost it all. This was in the start of the war, but things got even worse. The family managed to live in the house, even though it was broken. Things got a lot harder, going to the grocery store without getting killed by a sniper, walking to school without getting recruited to the army, and staying alive in general. They lived like this until the water and electricity disappeared, then the father said they couldn’t live like this anymore. And that’s when their long journey, that eventually ended up in Norway begun.

They travelled from Syria to Libanon, and from Libanon to Turkey, Greece, Macedonia, Serbia, Croatia, Slovenia, Austria, Germany, Sweden and finally to Norway where they are today. He have gone through and seen a lot more than you, hopefully, will ever have to. He don’t like to talk about it because he don’t like to make people sad, and therefore he tells me ”some of the stuff I can tell you now, other things I will maybe tell you when we have been friends for 4-5 years, and some of it I will not tell to anybody. It will follow me to my grave”.

After I have told you this, you might think that this boy is not like you at all, that he is different, but that’s where you are wrong. He is still like you in many ways, he just got a lot more experience than you. And therefore he got worries and memories that no human being should have. He has fled his country, but he don’t define himself as a refugee. He is someones son,  someones brother and a friend to many, including me.