The snow in Ulsteinvik 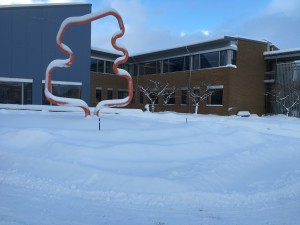 We had a lot of snow in one week this winter. We went skiing and played in the snow. It was a very cold winter with the opportunity to make snowmen and sled with a toboggan. A large water froze and we went ice skating and others played hockey on the ice.

Two weeks ago it was a lot of snow and than the rain came and it melted away. The weather became colder and the snow came back.  We had snow for almost the whole of January and we still have much snow in the beginning of February.

The refugees in Finmark (Northern part of Norway)

The refugees in Ulsteinvik

We have a volunteer center that collects ski and clothes wich asylum applicants and refugees can borrow.